“How did you know?” I asked, not sure I wanted the answer. I thought I had been careful. I thought she would never understand. My mom was not supposed to find out about my hobby. I tried my best to keep it a secret.

“They’re evil,” she said as she pointed at the jar of pig’s blood in my hands.

“They are not evil,” I said. “They can’t help what they eat.” I tucked the jar into my backpack and swung in onto my shoulder.

“If anyone else finds out you’ve been feeding them, you’ll be in trouble,” my mother said with arms crossed firmly across her chest.

I got on my bike and rode off down the road toward the cove. Being near the ocean was the one thing I loved about the small, dying town we lived in. What once was a thriving part of the country was quickly being abandoned for the safety of the Midwest. Everyone who still lived here couldn’t afford to buy their way into the safe zones. These days, living inside a walled community came with a hefty price tag.

Towns like this were dangerous. The creatures were out of control in most areas. Our town had its fair share of attacks, but no one had died in many years. Still, feeding some of them would get me in a lot of trouble.

I honestly didn’t see the harm in it. Not all of them were evil. The fact that they lived on blood was not their fault. They couldn’t help what they were.

After I left my bike against a tree, I made my way quickly down to the water. I hadn’t seen them in a week, and I was beginning to wonder if they were coming back. As I scrambled down the rocky shore, I saw them sun bathing. My heart began to race and I couldn’t help but smile. They were amazing. No matter what others said, I would always be in love with these majestic beings.

Before the veil failed and all the magical beings could be seen by everyone, no one knew that mermaids were vampiric. I actually remember my mother telling me stories about fairies, vampires, leprechauns, unicorns, and of course mermaids, when I was little. The stories were about their magic and beauty and sometimes mischievous nature. Boy did the stories get it wrong!

It turns out all the mythical beings that we were so sure were fictional turned out to be real. They had lived alongside us all along, and on rare occasions, they would show themselves to someone and another story would be born.

What the stories also got wrong was that most of the mythical creatures only crossed the veil that hid them from us so that they could go hunting. Most of them live on flesh, not necessarily humans, but they found it easier to gather food when they were fully in our realm.

It turns out, mermaids are real, and they drink blood. Which it turns out is hard to come by in the ocean. They used to feed on unlucky sailors whenever they could. A little land dweller blood will sustain them for a long time. They seem to be quite content with the pig’s blood I bring them.

The other creatures behind the veil were different than we believed them to be too. Leprechauns feed on metal which is easy to come by, and fairies eat bugs mostly.

So why are they in our world now? 10 years ago, the veil that hid them failed when their king died. The magical creatures are basically immortal, but something happened to their king, something that none of them understands. And without him powering the veil, it will not return. The problem is not with the little magical creatures. The problem is the creatures that the veil kept completely hidden from our world. The ones the king protected humans from. Those are the ones we have to worry about.

Dragons. They are a big problem. They love to destroy things. When the veil failed, they laid waste to most major cities.

The worst though are the unicorns. Unicorns, like mermaids, are blood-suckers. Unicorns it turns out are where the idea of vampires come from. Unicorns are shape-shifters. They glamour themselves into looking like humans and then drink blood. The problem is that once a unicorn drinks human blood it doesn’t want to be a majestic horse anymore — it just wants to feed.

For my mid-month check in for April, I want to discuss editing, or what I like to call BEAST MODE.

For me, editing is best done by being angry, mean, and pulling things apart (hence the beast mode). I am not talking about editing the small stuff like grammar.

How do you edit your longer works? I am working on a novel and it is currently an unfinished draft of 26,000 words. I haven’t worked on it in a long time, so at this point in the process I really to reassess if I even want to finish it. But assuming I do…. I need to probably think about reworking some of the parts.

Evaluating your own work can be difficult for some people. However, there is something even scarier than that; what about if someone else reads it and comments on it?

However you go about your process, happy reading and writing this month! 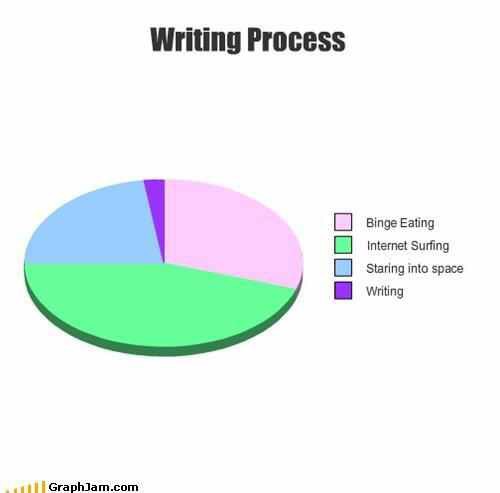 It’s April!! And this month I am determined to get things done sooner rather than later. So, with that in mind, here is this month’s short story prompt:

“How did you know?” I asked, not sure I wanted the answer. I thought I had been careful. I thought she…

If you want to write a story too, let me know and I will happily share it at the end of the month when I post my own.

At this point, we are 25% through 2018! Which seems crazy. This year is going really fast for me. My goal this year is to write a short story every month. To date, my stories are:

I have managed to post at least one story and two other posts each month and for now, I am sticking with that goal. One of my other yearly goals is to complete at least 1/2 of my novel. I am aiming for 100,000 words for it. It is currently at 26,000 in length. Hopefully I can reach that goal too.

How about you? How are your goals going?

Another goal I always set each year is a reading goal, and I am sad to say that in the last 3 years I have not reached my goal. I get pretty close but have not actually finished. This year my goal is 45 books. I have already read 13 this year, so I have a really good feeling about this year’s chances.

Well, that’s enough from me for now.

Happy reading and writing this month!