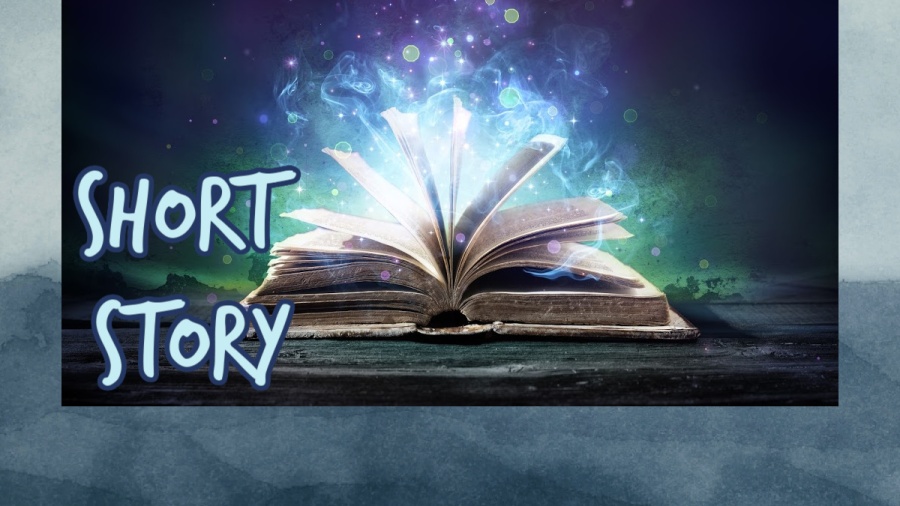 “Clarissa,” she said, correcting her teacher. Names were important. For years, she’d been embarrassed about her name and wished it were something ordinary. But then something happened that changed her mind. That day was always at the forefront of her mind.

She’d almost made a fatal error. She’d almost been consumed by a dark fae. She shuddered just thinking about the fae’s claws, teeth, and foul presence.

“Clarissa,” Daisy hissed at her trying not to attract their teacher’s attention. “You’re doing that thing again.” Daisy’s brow was wrinkled, and she was a shade pinker than normal. Something was wrong with Clarissa, but she wouldn’t talk to Daisy about it.

“I’m fine,” Clarissa whispered back. She faced forward. She couldn’t afford to get detention again. Her parents would be furious.

Mr. Smith glanced in their direction. He pressed his finger to his lips but didn’t let it stop his lecture. Mr. Smith tried not to glance too frequently at the girls, but this town was getting to him.

He was starting to believe in magic, and he had a sneaking suspicion that these two girls were… well, for lack of a better word, witches. All he knew was something was going on that defied explanation, and the more he looked into the strange occurrences, the more he saw a pattern. A pattern that included the families of both Daisy and Clarissa.

As soon as he finished his lecture, he wrote the assignment on the board and reminded the class that this was independent work, no asking their neighbors for help. Some reminders he needed printed on signs he could wave around every few seconds, including “no cheating.”

The rest of the period was uneventful. Mr. Smith sat at his desk waiting for the students to turn in their assignments and leave. Clarissa lingered, waiting for everyone else to exit. Daisy hesitated at the door but decided against saying something to her friend and went to her next class.

Clarissa cleared her throat as she stood a few feet from Mr. Smith’s desk. He was gathering the assignments and trying to tidy the stack into something neat enough to stuff into a folder.

“Please make sure to get my name right,” she blurted out and then dashed out of the room.

He just shook his head in confusion and considered it another one of those weird teen outbursts that happened from time to time.

During their lunch break, Daisy and Clarissa sat in silence eating. Daisy kept looking up at Clarissa between bites, but she didn’t know what to say. She knew something was wrong. It’d been going on since spring break. Clarissa overreacted to everything. Who cared if Mr. Smith called her the wrong name? It was no reason to draw attention to yourself. Daisy’s philosophy was to stay under the adults’ radar as much as possible.

Sean plopped down across the table from Daisy and elbowed Clarissa as he took items out of a brown bag.

“Don’t,” Clarissa said, sliding away from him a few more inches.

“Sorry,” Sean said holding his hands up in mock surrender. He raised his eyebrows and looked to Daisy.

Daisy shook her head and mouth, “No idea.” She shrugged.

Daisy shook her head again. “Not really. Clarissa and I were thinking about going to the movies on Saturday. Do you want to join?” She reached across the table and stole a few of Sean’s Doritos.

Clarissa didn’t mean to snap at her friends, but ever since Mr. Smith had called her the wrong name that morning, she’d felt like a dark cloud was following her around.

She closed her eyes and wrapped her arms tightly around her body. Maybe if she counted imaginary sheep, she could calm down.

“What are you doing?” asked Daisy barely above a whisper.

Clarissa opened one eye and looked at her friends. They were both staring at her wide eyed with raised eyebrows.

“Sorry,” she said letting go of herself. “I’m…” She didn’t even know how to finish that sentence. “I’m not feeling well.” She looked down at her lap trying not to let her friends see the tears filling her eyes.

Sean slid closer to her but didn’t reach out to touch her. “Hey, we’re here for you. You can tell us. What’s wrong?”

Clarissa nodded and wiped the tears away. “Okay, but not here. Not at school. Can you guys come over today after band practice?”

Her friends nodded in unison.

Daisy and Sean arrived at Clarissa’s house together. As they were walking up the sidewalk, they couldn’t help but speculate about their friend.

“What do you think is going on with her?” asked Sean.

“I honestly have no idea,” said Daisy. “Whatever it is though, it’s nothing good. I’ve never seen her like this.”

Clarissa’s mom, who never stopped cooking or baking, handed them each a piece of pumpkin bread and a cup of tea before letting them head upstairs to find Clarissa.

Clarissa ushered them in and shut the door. She cast a spell that soundproofed the room. Daisy and Sean exchanged a look because Clarissa never used her magic unless she felt threatened.

She sat down on the floor with them and folded her legs.

“Okay. I’m going to tell you what’s been bothering me, but you can’t tell anyone. Not your parents, especially,” Clarissa said staring them down. “Swear it.”

They both nodded and said almost in unison, “We swear.”

In the back of her mind, Daisy made the promise, but she also knew that if her friend was really in danger, she would break that promise.

She paused. “Let me start again.”

#fancyfriday is rainy here!
#fancyfriday with a migraine is all about comfort. This dress is basically a big t-shirt.
My books got a makeover! Available on amazon for e-book or in print. Book 3 will be out later this year. #readabook #indieauthor #kindleunlimited #unicornsarereallyvampires
Chose my books for September with a random number generator. #amreading #readabook
#fancyfriday Have a great weekend everyone!
#fancyfriday in my adorable #hellbunnyclothing