“All you have to do is concentrate. Visualize the wick of the candle bursting into fire.”

I really was trying and concentrating, but at the same time, I was also thinking how I didn’t belong here.

“Trainee Ella, are you concentrating?” Mage Orvan was standing over me glaring.

I rolled my eyes and received a smack upside the head. Apparently it didn’t matter that I was the only female ever allowed to train with Mages. I was treated exactly like every other trainee, and I hated it.

I had been training for nearly a year and was making very little progress.

Mage Orvan seemed especially determined to aggravate me today. “Your year one review is tomorrow. At this point in your training, your level will be determined.” I already knew that, but he continued stating things I already knew, “Being the only girl in history capable of magic, one would think you would be capable of the higher levels.”

I sat there staring at the candle for another two hours and then walked back to my quarters. My “special quarters” as the other trainees called them. My quarters were in a tiny room above the kitchen. In the past it was used as an overflow pantry for when the kitchens were well stocked. I actually liked my room. It usually smelled like fresh baked bread and roasting chicken.

Most nights I found sitting in my room relaxing, but tonight I couldn’t stop thinking about what Mage Orvan had said. I often wondered why I was the only girl capable of magic. There had to be a reason. Tomorrow I would find out if I really belonged here or not. When trainees were tested, they had to be at least a level 5 Mage to train at the College. Levels 1-4 were apprenticed out to active fully trained Mages. I wanted badly to test as a level 5 or above, but I had no idea what the test even consisted of.

The Mages were a very secretive group and even amongst themselves there were things they didn’t often talk about. One of those things was the test at the end of year one. Even though I had no idea what the test might be, I had read enough to understand the levels.

Level 1 was a Mage capable of manipulating and controlling air; one of the essential magical elements. Level 2 was a water Mage, level 3 was an earth Mage, and level 4 was a fire Mage. A level 5 Mage could control all four of the essential elements. The levels went beyond that too, but I didn’t have any hope of reaching into those levels. 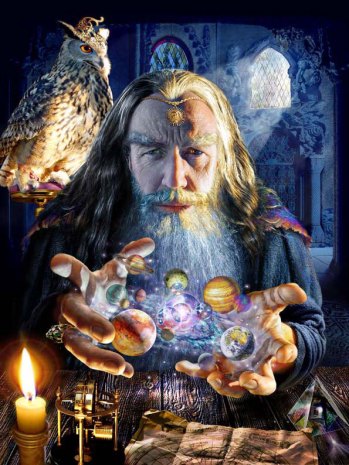 Level 6 could control light and dark. Level 7 could manipulate the structure of living things. From what I understood in my reading, a level 7 Mage could make plants grow instantaneously from seeds and things like that. A level 8 could control the will of living things. That was a sobering and terrible thought. Level 9 could control other magical beings, including other Mages. And the highest level could control time itself. Only one Mage in history had been a level 10. Merlin. Everyone, even non-Mages, knew Merlin’s story. He was the only Mage that could control all the elements, light and dark, life, and time. He truly was all-powerful. And then one day, he vanished.

I needed to clear my head and decided to go for a walk. I was minding my own business when I heard snickering behind me. Without even turning I knew it was some of my fellow first years preparing to taunt me. At that moment I would have given anything to be able to control them. I decided to just ignore them.

“Trying to decide whether you are going to be a cook or a maid after tomorrow, Ella?” I knew that question had sprung from the mouth of Trainee Jared. He loved to point out that I was a girl who clearly didn’t belong here. Although, I do recall he struggled with lighting the candle today too. I just shook my head and bee lined back toward the kitchen. I could hear their chuckles and snide comments the whole way.

The next morning I awoke when the smell of oatmeal and bacon began to waft into my quarters. I didn’t remember falling asleep last night. I was too nervous to eat, so I headed to the dining hall with just a cup of tea. The trainees, even those who heckled me last night, were noticeably quiet this morning. It seems that even bullies get serious when their fate is about to be decided.

Mage Orvan gathered us all out of the dining hall and led us to the assembly chambers. We often had lectures and courses in the hall, but today it looked a little different. We were told to line up outside the door and we would be called in individually to test.

I was the last one waiting in the hallway and I thought I was going to be sick. Every trainee but me had been in and no one had come back out, which meant they would all be watching me as I was tested.

Orvan stepped into the hall and looked at me. He opened his mouth to speak and then decided against it. Instead he gestured for me to enter the assembly.

I walked into the room and my fears were realized. All the other trainees were sitting on benches to one side and would have a front row seat to my shame.

Orvan swept past me and stood behind a small table. On the table was a stone. “Do you know what this is?” asked Orvan.

I thought I did but I’d never seen one, only read about them. I took a stab at it anyway. “It’s a bloodstone.”

“Correct,” Orvan said. “This is the test. You will pick up the stone and hold it for exactly one minute. In that time, the stone will transform and this will tell us what level of magic you possess.”

A bloodstone. That was the test? I couldn’t believe it. A bloodstone was a crystal that recognized magical energy. When a Mage picked it up, it would change from it’s normal clear resting stage to a shade of red or pink. The more powerful the Mage, the redder the stone changed. When the Mage set the stone down, the stone returned to it’s normal state. It was actually a very good use of the stone’s properties.

“Pick up the stone.” I could hear snickering coming from the section where the first years were seated.

The stone was deep crimson. It certain light, it looked almost black and then the light would shine on it and you could see the red swirling within.

When I remembered to breathe again, I looked at Orvan. He looked confused and for once, he didn’t look mad at me. I also noticed that every Elder Mage that was sitting behind him was now standing. There wasn’t any snickering coming from the other trainees.

One of the Elders spoke, “It must be a trick.” And like that, time began again. I couldn’t focus on what was happening around me, but I picked up snippets.

“There’s no way she’s a higher level than me.”

“Silence.” Orvan spoke finally. “Sit the stone down, Ella. The Elders must discuss this.”

I returned the stone to it’s cushion and took a step back. I looked down at my feet. I didn’t know what any of this meant, but somehow I knew I was not to blame for what happened.

I stood there for several moments and there was talking and whispering all around me. And then the room got quiet again. I looked up to see Orvan staring at the stone very intently.

The stone had not returned to it’s resting state. The stone should have been clear again by now, but it remained crimson.

Orvan stood up very straight and addressed the Elders. “My friends, we all know what this means.” The Elders nodded in unison.

“All trainees will return to their quarters now, someone will be along later to report your levels. You are dismissed.” As the other trainees shuffled past me I saw many emotions on their faces – curiosity, rage, jealousy, confusion, and even fear.

I was left alone with the Elders and Orvan. The Elders gathered around a group of statues. The statues were a permanent part of the assembly room. I remembered the first time I saw them, I thought they were very life like. All of the statues were animals of various shapes and sizes. They were true to life in size.

Orvan spoke, breaking my train of thought, “Ella, these statues are your final test.” He must have seen the confusion on my face. “Pick up the bloodstone and place it at the feet of one of these statues.”

I still didn’t really understand what was going on but I realized this was part of my test. “Which one should I pick sir?”

And for the first time since I met him, Orvan smiled at me kindly. “I cannot tell you that. Pick the one that resonates with you.”

I didn’t have the foggiest idea what that meant, but I walked amongst the statues looking at each one. There was a unicorn, a house cat, a dragonling, and even a dire wolf. I walked past others and thought what on earth could all this mean? I had no idea which one to pick. Then I stopped in front of an owl.

This was the one. I don’t know how I knew, but I knew. I put the stone at his feet and the statue burst into flame.

I was so shocked I fell back. Smoke clouded my vision and I thought I heard flapping wings. I heard other Mages cough and felt the air swirling around me. Before I could cry out for help, something landed on my knees.

The smoke cleared and I was surrounded by the Elders, all of which we clapping or smiling. What on earth was happening? I looked at what was now perched on my lap. I was staring into the eyes of the owl. The owl who moments ago had been a statue. And then before my brain could process any of the thoughts passing through it, the owl spoke.

“I’m not Merlin.” I managed to stammer before I really knew what I was saying.

The owl turned its head sideways at a very disconcerting angle and said, “You are, and you aren’t. But you will be.”

So… this month I forgot to post the prompt. It has been crazy. Ever since spring break, I have had multiple tests every week at school, plus I started volunteering at the SPCA. I feel like I’m running at full speed most of the time, and I just crash on the weekends to sleep.

However, I do have a prompt for April, and I even picked it out on the first of the month, but it has been sitting on my desk.

The prompt for April comes from a book titled 642 Things to Write About. I bought this book years ago, and every once in a while, I flip through it. It has journaling ideas for personal writing and story ideas for fiction writing. This month I picked something simple.

The prompt for April:

“Set something on fire.”