Last week I read The Ocean at the End of the Lane by Neil Gaiman, and as you may have already figured out if you read my review of The Graveyard Book, I love his books. His newest work is no exception; I loved it.

I don’t want to talk about the plot too much because I feel like you should read it. And everything else he’s written too. My review instead is going to cover two topics: 1. Gaiman’s use of mythology and 2. the “moral” of the story.

First, if you’ve ever read anything written by Gaiman, you should easily recognize his grasp of mythology and the realms of magic. I think he knows everything about every type of mythology there is. Seriously, if you don’t understand what I’m talking about, read American Gods, and then read Anansi Boys, and then read the entire Sandman comic series. He uses myth in a way that is absolutely brilliant. He does the same with magic. The Ocean and the End of the Lane does not disappoint in this area.

Second, The Ocean at the End of the Lane has a bittersweet ending. I don’t want to tell you exactly what happened, but I feel like the “moral” of the story or the lesson the novel teaches is that as grown ups, we don’t see the magic in the world anymore, even when it’s right in front of us. That mad me sad. But at the same time, I get where Gaiman is coming from. Grown ups don’t explain things away using magic; instead, we rationalize. Personally, I think it would be great to live in a time again where I thought Santa and fairies were real.

So, the moral of this review, read The Ocean at the End of the Lane; it is both beautiful and sad. 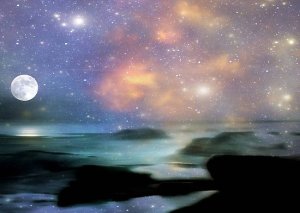 I am going to keep this review fairly short. A friend of mine who also posts book reviews on her blog has joked at writing one word book reviews. So my one word for this book: haveyoueverwonderedwhatwouldhappenifachildwasraisedinacemetary?

I don’t want to write too much about this book because I think you should read it. It’s a great little story, if a bit odd. I enjoyed reading it and had a hard time putting it down. I haven’t read everything ever written by Gaiman like some people I know, but everything I’ve read by him I have really loved. This book was no exception. Of course, if you haven’t read American Gods by Gaiman, read that instead (one of the best books I have EVER read, no joke).

Like I said, I don’t want to get into the plot, but I will say this about Gaiman’s work. He has a knack for creating tales that are intricately woven together. When I read his work, I feel like if one small bit of it was missing, the tale wouldn’t hold together, and for some reason I think that’s what makes him so brilliant.

So, I can’t write a one-word review, but I can pretty much sum it up in one sentence…

#fancyfriday has been busy! Running errands and bowling with my family. #indieauthor #amreading #amwriting #ilovedresses
#fancyfriday is hot, hot, hot today. Stay cool!
#fancyfriday but I’m super tired for some reason
#fancyfriday right before I go to the dentist!
#fancyfriday with Rosie
This made me laugh. Though, to be honest, mostly I look up the meaning of very ordinary words more than anything else. #indieauthor #writerslife #dontgoogleit