Once terraforming tech was developed and improved on, everyone assumed the entire surface of Mars would be re-scaped and colonized. In reality, the harsh Mars environment was too overwhelming for the best tech. In the end, only about 2% of Mars was terraformed. Of the people who helped terraform, many remained behind to join the first colony rather than return to Earth.

The original colony consisted of only 10 families from Earth and the handful of terraformers. Amongst the adults was an ornithologist, Dr. Eva Devens. She and her family were selected to be a part of the colony because she was going to observe birds and how they adapted to the Mars environment.

Even in the year 2150, how birds used Earth’s magnetic field to navigate was a bit of a mystery. Dr. Devens was tasked with finding out if the birds behaved similarly on a new planet. In truth, she didn’t expect most of the birds to live through their first year.

So, along with the first colonizers of Mars, traveled 100 eggs. All were carefully monitored and were being incubated to hatch shortly after the colonists settled. They were 50 species of birds that could fly, and a good portion of the eggs were Psittacines, or birds of the parrot family.

Dr. Devens had personally selected all of the eggs, and she was very fond of parrots. She admired their beauty and intelligence, plus she believed they had the right kind of plucky attitude that could help them survive on Mars.

The trip to Mars and initial settling was uneventful; everything had logistically fallen into place. About 2 months after the colonizers arrived, the eggs began to hatch. The birds were raised in an enclosed environment until they were ready to leave their nests. Then they were released into the large forested region of terraformed area. Dr. Devens continued to feed them to help supplement their diets and many of them thrived.

Of the original 100 eggs, only 82 hatched, and of those 82 birds, 77 were released into the forest. Dr. Devens had implanted every bird with a tracking device prior to release. She carefully monitored their behaviors and movements. When she was in the forest observing the birds, some of the parrots and macaws showed signs of intelligence that surprised Dr. Devens.

In particular, a pair of African Grey Parrots and a group of various colored Macaws would gather around her every time she came to see them. She assumed that this behavior was just a part of their curious nature. She talked to them and even sang sometimes. And she was not surprised when they learned to mimic her words.

The first year on Mars passed and in the spring, many of the birds in the forest laid eggs and the first generation of Martian birds were born. As Dr. Devens was collecting data in the forest, she noticed that the size of the parrot and macaw eggs were considerably larger than she expected.

When the babies hatched, they surpassed their parents’ size within a matter of months. By the time they were a year old, they were roughly the size of a beagle and each weighed about 30 pounds. The exponential change in size was unexpected and Dr. Devens could not find a logical explanation for it. None of the other birds who had survived showed any physiological changes. Not only that, but no other species of animal brought to Mars had changed in any noticeable way.

In addition to an overall change in size, they demonstrated remarkable dexterity with their wings. Dr. Devens often observed them picking things up and moving them about. The new generation definitely demonstrated amazing strides in intellectual development. Back on Earth, the average parrot was said to have the intelligence of a human toddler. This new generation was more equivalent to human teenagers.

Of course, these changes were recorded and the information was forwarded to scientists on Earth. The birds would even join Dr. Devens when she would have teleconference sessions with Earth. The interviews were recorded and aired globally. Somehow, a new race of intelligent beings was emerging on Mars, and everyone on Earth was captivated with them.

By the 10th year on Mars, the parrots outnumbered the humans in the colony. The most recent generation to hatch was closer to human size and very clever. Each generation inherited their instinctual behavior from their parents, but they also seemed to pass along knowledge. Dr. Devens noted that the younger generations learned speech easier and much quicker than previous generations. However, other than Dr. Devens, the settlers were not as fascinated with the changes in the birds.

A meeting was held to decide what to do with the growing population of anthropomorphic avian. As the colonists gathered, one of the young African Greys who called himself Dale joined the gathering.

He was just over 5 feet tall and had predominantly grey feathers all over his body and bright red tail feathers. On his face his coloring was lighter, highlighting the observant intelligence behind his eyes.

“This meeting is to establish a course of action,” said one of the colonizers.

“I don’t see that anything needs to be done,” said Dr. Devens.

“Of course you don’t, but let’s face it. We are currently outnumbered by these birds and…”

The colonizer was cut off by Dale, “Excuse me, but we don’t like to be called birds.”

The collected humans looked baffled, except Dr. Devens. “What would you prefer to be called then?” one asked with sarcastic undertones.

Dale answered, “We call ourselves Psittacines. We are not like the other birds who live on Mars or on Earth. You do not call yourselves monkeys or apes just because you have a common ancestor. We would ask that you show us the same consideration.”

Not one of the humans had a response to that, but Dr. Devens sat there smirking.

Finally after an awkward pause, one the colonists continued, “Let’s get right to the point. Many of us want to return to Earth.”

Dr. Devens said, “You can’t be serious. This is our task. We can’t just leave. Do you realize how much investors spent to establish this colony?”

“As a matter of fact, we do. However, many of those same investors are already in the process of deciding on another place to colonize.”

Dr. Devens was shocked. Clearly talks had been going on behind her back, and decisions were being made without her input.

“If I can add something,” said Dale. “We would also like for the humans to leave.”

Dr. Devens was taken aback by this. “You want me to leave?”

Dr. Devens honestly didn’t know what to say. They would allow it? What was happening?

The decision was made and within a few months, the first colonizers minus Dr. Devens and the eggs returned to Earth. The Psittacines and Dr. Devens kept in touch and continued their reports to Earth.

Dr. Devens lived with the Psittacines for the remainder of her life. When she passed away, Dale oversaw her funeral. She was the only human to be buried on Mars.

With her passing, some of the Psittacines felt that perhaps it was time to have less contact with Earth, but Dale felt that Dr. Devens had worked hard to maintain contact and he respected her plans.

The truth was that people were no longer fascinated with the Martian birds like they were in the beginning. Another colony was established on Venus, and there was a thriving colony on Earth’s moon. People were looking to the future and making plans to spread to other planets.

When Dale was nearing his 60th year, the Psittacines were basically at max capacity for the terraformed portion of Mars. Something would have to be done. Dale understood that either they would need to have population controls to prevent overcrowding or some of them would need to move elsewhere.

During a teleconference with Earth, Dale told the scientists his concerns. The scientists sprung into immediate action and began to discuss the possibility of establishing a Psittacines colony on Earth.

Dale was overwhelmed by the support that was shown. He thought they would be quick to reject a new species living amongst them. He even joined the first group of Psittacines to relocate to Earth.

Let’s start by addressing what should have been posted in May, but didn’t get finished till yesterday.

Read my May story if you get the chance: “Return to the Island.”

Also, my friend Jennifer Clark has been writing with the prompts each month. Read her May story too! “What She Doesn’t Say.”

The May Prompt used the story cubes. See below to see what I rolled. And then see if you can find all the elements in both Jennifer’s and my story.

For June, I am going to use the theme for a writing contest that I am entering. I am actually working on two stories. I am submitting one to the contest and the other is going to be my June story. And since the contest has a deadline, there is a good chance my story will actually be posted on June 30 like it should be.

I am hoping to enter the Gernsback Writing contest being done by Amazing Stories. If you are interested, see the rules.

Even if you don’t want to enter, but want to join me in writing a story this month, the theme for the contest and for June is: 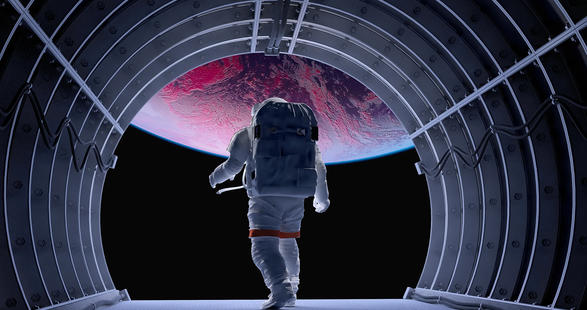 What will our solar system look like 250 years from now –

a positive take on the exploration, colonization and exploitation of Sol system.

I am very excited about this prompt and can’t wait to share what I’ve written. Working on the contest is part of what delayed my May story (only partly though).

Happy reading and writing this month. Story to be posted: June 30!!!

#fancyfriday has been busy! Running errands and bowling with my family. #indieauthor #amreading #amwriting #ilovedresses
#fancyfriday is hot, hot, hot today. Stay cool!
#fancyfriday but I’m super tired for some reason
#fancyfriday right before I go to the dentist!
#fancyfriday with Rosie
This made me laugh. Though, to be honest, mostly I look up the meaning of very ordinary words more than anything else. #indieauthor #writerslife #dontgoogleit